From subcontractor to developer

When visitors enter the Behaviour Interactive headquarters, they are greeted by an impressive digital signage panel where they can enter their name and then be directed to the place where the meeting they have come to attend is being held. Everything else within this impeccably restored building, which houses the video game studio’s 450 employees, is in a similar vein: all state-of-the-art. Located in Montreal’s Mile-Ex neighbourhood, the bright and spacious offices have everything it takes to foster creativity and cohesion between the multidisciplinary teams working at the company, which was founded over 25 years ago.

The history of the firm is marked by many important milestones, but none are as significant as a decision taken in 2014, which became the very foundation on which the company’s future would be built. “We’d reached a crossroads,” explains Roland Ribotti, Chief Financial Officer at Behaviour Interactive. “After operating for 20 years, Behaviour had decided to focus more on video game development, that is to say on producing its own video games entirely in-house. We wanted to design our own products and reduce our dependency on delivering subcontracted mandates for other studios. This strategic move turned out to be a colossal project for all of the company’s divisions.”

A meeting that changed everything

In light of the company’s operational tasks and the major changes that lay ahead, Mr. Ribotti and his team needed to secure the necessary funding to successfully implement their ambitious plan. “Our financial institution at the time was, to say the least, hesitant about backing our project and was reluctant to support this change of direction simply on the basis of business opportunities,” he recalls.

One of the key challenges for any information technology company, especially one in the digital sector, is the importance, on the balance sheet, of tax credit refunds compared to other assets, something that can deter many lenders.

It was at that point in time that Behaviour met with Finalta, a meeting that provided the project with a much-needed breath of fresh air. “What appealed to us right away about Finalta Capital’s approach was how such a small team was able to fully grasp the issues specific to our industry,” Mr. Ribotti enthusiastically explains. “We were impressed by their ability to understand our company and our realities. Finalta showed the kind of operational flexibility that we hadn’t obtained with the bank we had at the time. The tax credit financing process was both quick and easy.”

“Within just a few weeks, everything was settled,” the Chief Financial Officer adds. “Finalta agreed to finance our tax credits for up to 85% of the budgeted expenditures for the current year. Ultimately, we were granted a $6M loan, which suited our needs perfectly. What’s more, Finalta disbursed the loan before we even had to pay the eligible wages.”

In June 2016, less than two years later, the studio enjoyed its first commercial success with Dead by Daylight, a game developed entirely in-house which sold over one million copies in just two months and to date has three million paying players. In the same year, Fallout Shelter, a game co-developed by Behaviour Interactive, won the Game of the Year Award at the D.I.C.E. (Design, Innovate, Communicate, Entertain) Summit. More recently, the fast-growing studio announced it had partnered with the HBO network to develop a strategy game based on the acclaimed Game of Thrones® series.

With hindsight, Mr. Ribotti realizes that the major shift in Behaviour’s business strategy has proved beneficial. “We have hired more than 100 people over the past year,” he points out. “We are growing twice as fast as the average rate for the video game sector. We still carry out subcontracting mandates for other studios but we are now in a better position to choose our projects, the ones with greater profitability potential.” 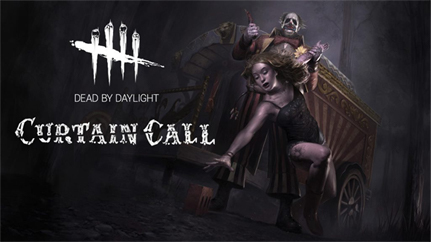 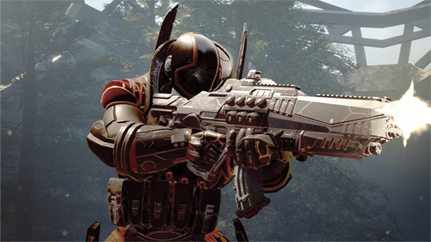